The DMULT is a distributed multiple Tile for routing signals throughout a modular case. Each DMULT contains two buses; bus “A” on the top and bus “B” on the bottom. The buses are passive and operate like a traditional Mult so there are no defined inputs and outputs. The connection between two (or more) DMULT Tiles is made using a detachable cable on the back of the PCB so Tiles can easily be moved and reconnected. The DMULT can be used with the DMULT LED to add voltage polarity and intensity monitoring or as an expander for your DIY projects.

The DMULT uses a shielded audio cable that may look familiar if you fooled around with computers in the 90’s. The MPC2 (Multimedia Personal Computer 2) cable was used to connect a CD-ROM to a sound card in early multimedia PCs and is still readily available. The cable has two conductors and a shield and has a 4-pin polarized latching connectors on each end. The mating headers are Molex SL Modular connectors PN#70543-0038 but generic alternatives are also available.

Each DMULT Tile has two connectors on the back of the PCB allowing them to be daisy chained for building larger networks. The DMULT LED Tiles have a single connector on the PCB so no more than two DMULT LEDs can be installed on a bus although an unlimited number of standard DMULTS can be on the same bus. 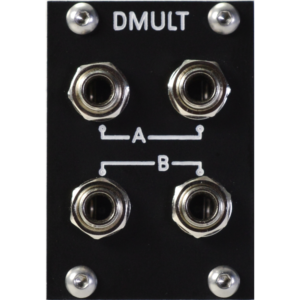 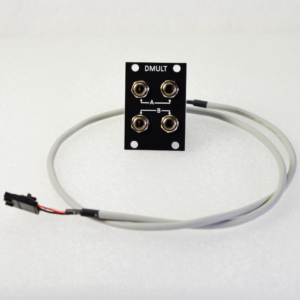 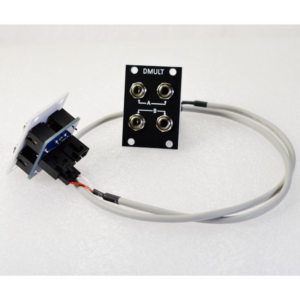 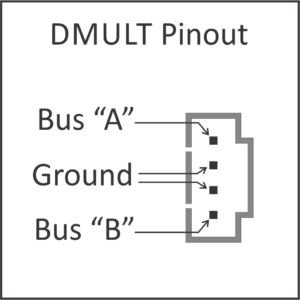